What is Texas Ranger?

CBS is developing a new series based on James Patterson’s best selling novel Texas Ranger. In the TV series, a Ranger moves to Florida with his father and becomes a homicide detective to hunt for his brother’s killer. Readers of the book agree that Clayne Crawford is perfect for the role of Ranger Rory Yates! Clayne is awesome in every type of role that he plays but personally I would love to see him in another action packed series and Ranger certainly seems to fit the bill. With Clayne’s talent and charisma and CBS’s reputation for bringing fans quality shows, I’m sure Ranger would be a big hit! 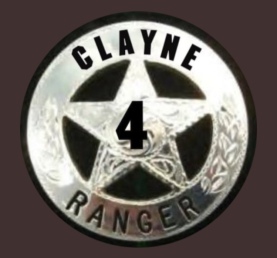 How can Team Clayne help?

Team Clayne can help him to become considered for the part by tweeting the writers/producers of the show and telling them why you feel that Clayne Crawford would be the perfect choice for their new series using #RangerCBS and #ClayneCrawford and tagging @tjbradytv, @ra_sheed, @PLenkov, @JP_Books, and @CBSTVStudios.  You can also contact them by writing them at this address.

Or email them at

Who is Peter Lenkov?

As you all may know, I’m a HUGE HUGE HUGE Hawaii Five-O, MacGyver, Salvation and Magnum PI fan. The shows are action-packed filled with friendships, redemption, thought-provoking (see all the episodes where tissues are required) and tons of fun.

What I love most about all of these shows is the heart behind it, Mr. Peter Lenkov. He is the showrunner/producer that goes beyond Hollywood. He cares about his cast and crew, visiting Hawaii, Cali and Atlanta throughout the season, kicking back after filming with a cigar, a good meal and a great conversation (he shares what he can on Instagram Stories).

Reaching out to fans

Another fantastic trait Mr. Lenkov has is that he loves the fans of the show. He tweets as much as we do during the episodes, sharing BTS on Instagram, asking our opinions, and giving us sneak peeks. He also does something fantastic, he supports the fans. Yes…us fangirling/fanboying fans!!!!

Not only does he tweet with us, he gives to charity when he can, he asked us if he should buy a favorite pancake place that was being sold (he tried, but the owners already completed their plans), sends us birthday wishes, and even let the fans co-create a show a few seasons back (look for Chin Ho and Jerry’s High School Reunion).

Lastly, Mr. Lenkov is not afraid to stand up for what is right. He does not shy away from controversy, and he supports his cast, crew, and fans 100%. My kind of a showrunner.

So whenever Mr. Lenkov has a show, a commercial, shoots a lemonade opening, I will be there to support him.

If you have an idea for a fan blog post, please DM Jo at @TeamClayne or message her on Facebook.